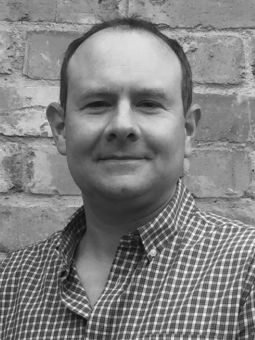 Stephen qualified in Medicine and Surgery from the University of Leicester Medical School in 2001 (MBChB). He then completed a basic surgical training rotation in Derby obtaining a professional qualification in surgery from the Royal College of Surgeons of England in 2005 (MRCS(Eng)). He then went onto complete a Doctorate in Philosophy (PhD) in Vascular Surgery at the University of Nottingham in 2010.  It was during this period of research that Stephen gained his early experience in the treatment of varicose veins both using the older method of open surgical treatment and newer endovenous methods. From this period of extensive research Stephen published a number of significant articles on varicose vein research which have been highly cited and have provided significant data to the literature. Stephen continued his endovenous training with Dr West in 2017 before starting work with Veincentre at the Nottingham clinic. He opened the Leeds Veincentre clinic in 2019 and has been working there since with excellent patient feedback.

He is currently working as a Consultant Vascular Interventional Radiologist, at the Sheffield Vascular Institute, Northern General Hospital in Sheffield. He specialises in all types of vascular intervention with a specialist interest in Endovascular Aneurysm Repair including complex thoracic aortic repair and recently has developed aortic arch branch grafting techniques in Sheffield. His interests also include peripheral vascular disease, uterine fibroid embolization, varicocoele embolization and endovascular treatment of venous diseases including pelvic venous congestion syndrome, deep venous thrombosis, and venous stenting procedures for chronic venous occlusive disease. All the interventions that Stephen performs everyday are minimally invasive image guided procedures under local anaesthetic (with occasional GA cases) and he is an expert in performing these procedures.

In his spare time, Stephen enjoys spending valuable family time with his 2 daughters and travelling in their VW campervan. He is a keen competitive cyclist, swimmer and runner – taking part in a numerous races per year in open water swimming, triathlon or long distance running. He also enjoys climbing and bouldering.

Dr Goode has committed to working at Veincentre clinics on the above days. If you book an initial consultation with Dr Goode, all your future appointments will be with Dr Goode.

Occasionally Dr Goode may open up a list on another day, especially during our busy periods.

If you are unable to attend one of Dr Goode’s dates and hence wish to switch consultants, you will need to attend and pay for a new consultation with the other consultant prior to any treatment being undertaken. Please take care when choosing which consultant/ date to book.

Please note that due to holidays Dr Goode’s availability may change.

Dr Steve Goode does not hold a share or financial interest in Veincentre Ltd.

Dr Steve Goode does not have a share or financial interest in equipment used at Veincentre Ltd.

Dr Steve Goode does not hold any paid advisory role(s) at Veincentre Ltd.